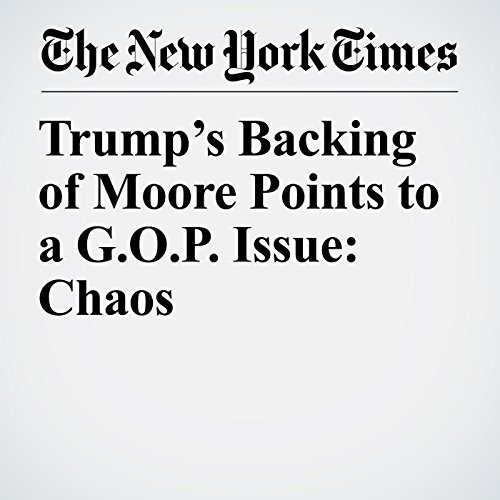 Trump’s improvisational, and often impulsive, political decision-making has become so routine that Republican leaders now accept that there will be days when he suddenly endorses and telephones candidates, including one accused of sexual misconduct with teenage girls.

"Trump’s Backing of Moore Points to a G.O.P. Issue: Chaos" is from the December 05, 2017 U.S. section of The New York Times. It was written by Jonathan Martin and Maggie Haberman and narrated by Keith Sellon-Wright.