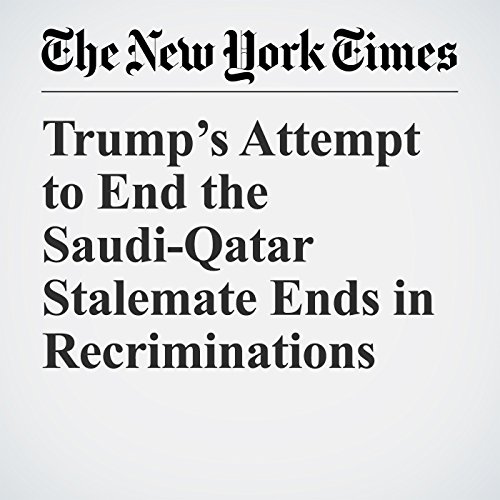 An attempt by President Donald Trump to break the stalemate that has divided the wealthiest countries in the Middle East ended in failure Saturday, when leaders from Qatar and Saudi Arabia, after speaking by phone for the first time in months, exchanged dueling, contradictory statements.

"Trump’s Attempt to End the Saudi-Qatar Stalemate Ends in Recriminations" is from the September 09, 2017 World section of The New York Times. It was written by Declan Walsh and narrated by Kristi Burns.