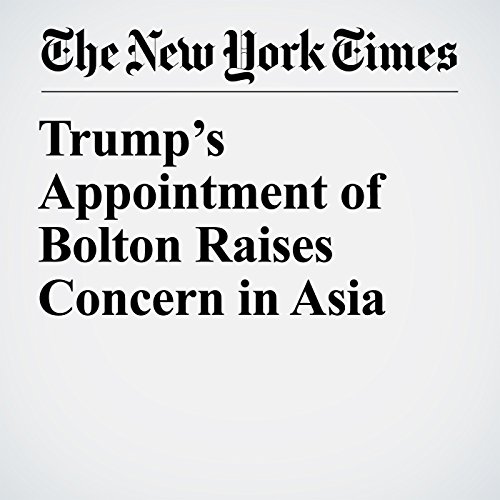 HONG KONG — President Donald Trump’s decision to name John R. Bolton as his national security adviser stirred concerns in Asia on Friday about a hardening of U.S. foreign policy that could set the stage for conflict in an already tense part of the world.

"Trump’s Appointment of Bolton Raises Concern in Asia" is from the March 23, 2018 World section of The New York Times. It was written by Gerry Mullany, Choe Sang Hun and narrated by Barbara Benjamin-Creel.