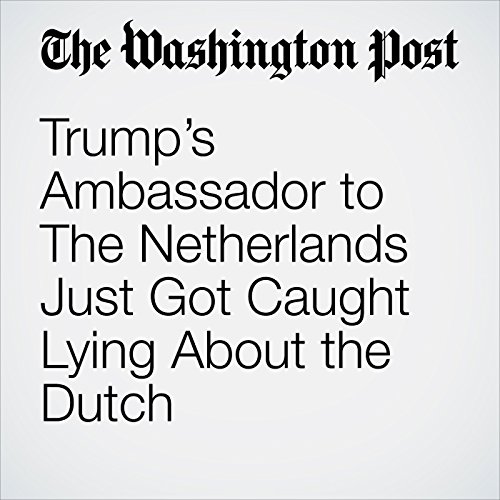 A Dutch journalist just asked new U.S. Ambassador Pete Hoekstra why he said there are “no go” areas in the Netherlands, where radical Muslims are setting cars and politicians on fire. Hoekstra denied it, and called the claim “fake news.”

"Trump’s Ambassador to The Netherlands Just Got Caught Lying About the Dutch" is from the December 22, 2017 World section of The Washington Post. It was written by Amanda Erickson and narrated by Jenny Hoops.