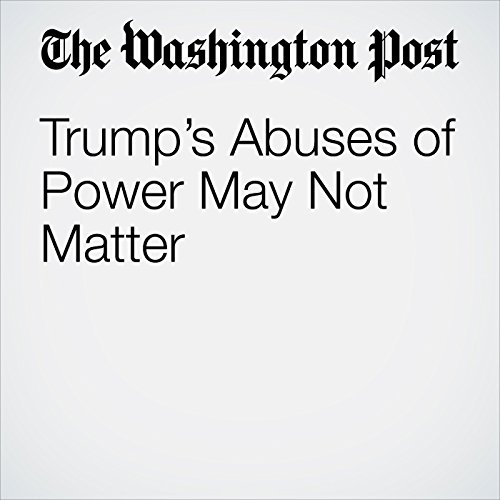 The charges range widely, from relatively trivial abuses of privilege to completely unprecedented breaches of ethical laws and norms. The president and his son-in-law may be using American foreign policy to enrich themselves. Environmental Protection Agency Administrator Scott Pruitt has broken rules to fly first-class. Foreign delegations routinely book rooms at Trump’s Washington hotel to please and enrich the president.

"Trump’s Abuses of Power May Not Matter" is from the March 11, 2018 Opinion section of The Washington Post. It was written by Anne Applebaum and narrated by Sam Scholl.