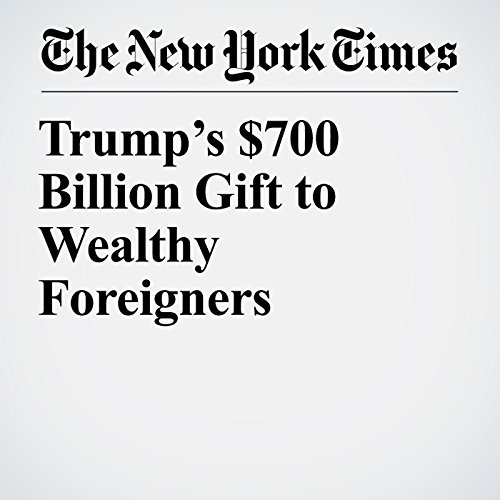 "Trump’s $700 Billion Gift to Wealthy Foreigners" is from the October 26, 2017 Opinion section of The New York Times. It was written by Paul Krugman and narrated by Barbara Benjamin-Creel.