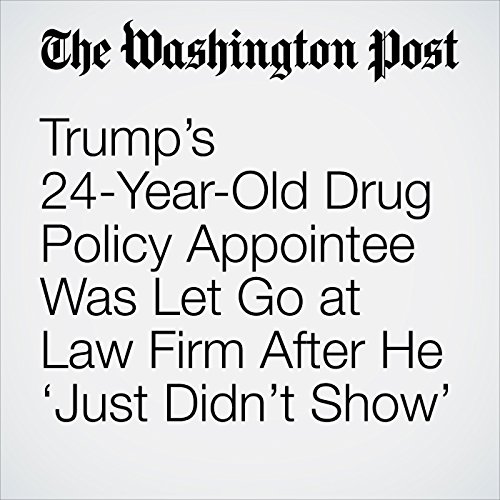 A former Trump campaign worker appointed at age 23 to a top position in the White House’s drug policy office had been let go from a job at a law firm because he repeatedly missed work, a partner at the firm said.

"Trump’s 24-Year-Old Drug Policy Appointee Was Let Go at Law Firm After He ‘Just Didn’t Show’" is from the January 20, 2018 National section of The Washington Post. It was written by Robert O'Harrow Jr. and narrated by Sam Scholl.