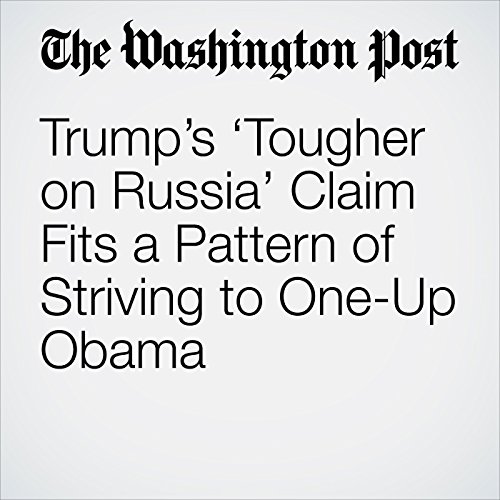 To hear President Trump tell it, he is tougher than former president Barack Obama. He is smarter than Obama — more shrewd, more effective, more respected. The 45th president is, by his own accounting, superlative to the 44th in almost every way.

"Trump’s ‘Tougher on Russia’ Claim Fits a Pattern of Striving to One-Up Obama" is from the February 20, 2018 Politics section of The Washington Post. It was written by Philip Rucker, Ashley Parker and narrated by Sam Scholl.