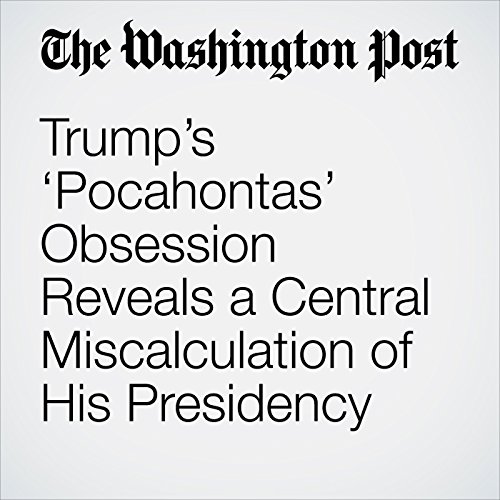 President Trump called Sen. Elizabeth Warren (D-Mass.) “Pocahontas” again Monday. Apparently not satisfied with the coverage he got when he called her that repeatedly during the 2016 campaign, in March, in April, in June or earlier this month, Trump decided to up the ante. This time, he employed his favored insult at an event honoring Native American code talkers.

"Trump’s ‘Pocahontas’ Obsession Reveals a Central Miscalculation of His Presidency" is from the November 28, 2017 Politics section of The Washington Post. It was written by Aaron Blake and narrated by Sam Scholl.