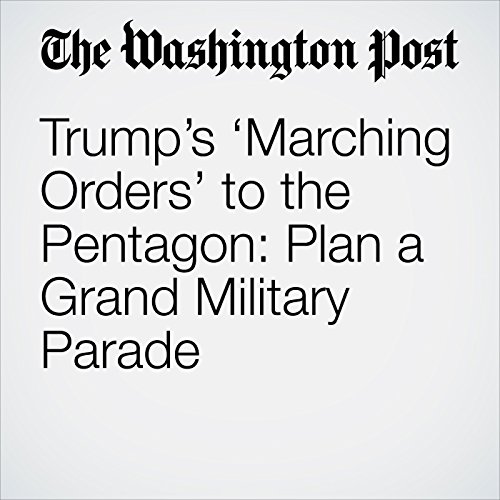 President Trump’s vision of soldiers marching and tanks rolling down the boulevards of Washington is moving closer to reality in the Pentagon and White House, where officials say they have begun to plan a grand military parade later this year showcasing the might of America’s armed forces.

"Trump’s ‘Marching Orders’ to the Pentagon: Plan a Grand Military Parade" is from the February 06, 2018 Politics section of The Washington Post. It was written by Greg Jaffe, Philip Rucker and narrated by Sam Scholl.