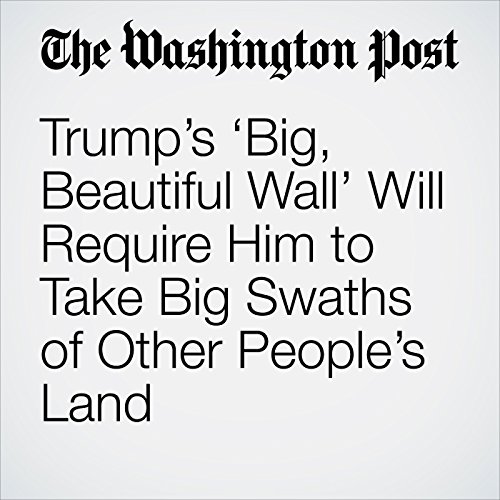 The wall will cost a lot more — politically and economically — than Trump has publicly acknowledged. To build the wall along the nearly 2,000-mile border — and fulfill a key campaign promise — Trump will need to wield the power of government to forcibly take private properties, including those belonging to his supporters.

"Trump’s ‘Big, Beautiful Wall’ Will Require Him to Take Big Swaths of Other People’s Land" is from the March 21, 2017 Politics section of The Washington Post. It was written by Tracy Jan and narrated by Sam Scholl.