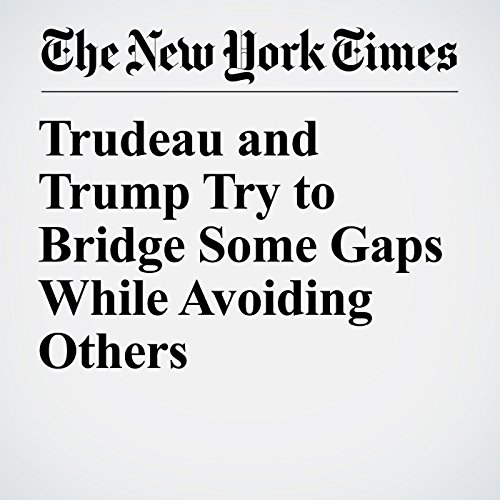 Despite sharp differences on immigration, refugees, trade and climate change, President Donald Trump and Prime Minister Justin Trudeau of Canada struck a cordial tone in their first meeting on Monday, alternating between attempting to bridge those gaps and steering clear of them.

"Trudeau and Trump Try to Bridge Some Gaps While Avoiding Others" is from the February 13, 2017 World section of The New York Times. It was written by Richard Pérez Peña and Ian Austen and narrated by Caroline Miller.