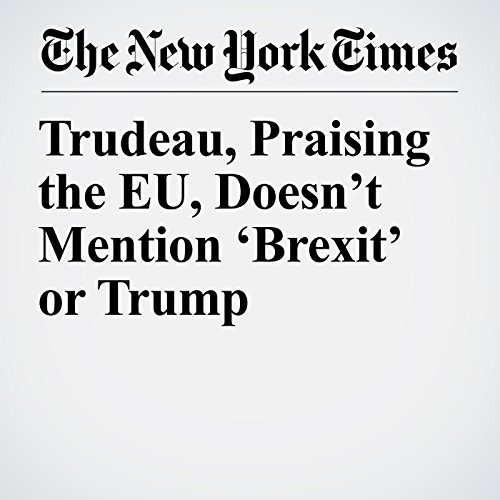 Declaring that “the whole world benefits from a strong EU,” Justin Trudeau on Thursday became the first sitting prime minister of Canada to address the European Parliament, underscoring their close ties even as Britain prepares to leave the European Union and as President Donald Trump celebrates the fracturing of the 28-nation bloc.

"Trudeau, Praising the EU, Doesn’t Mention ‘Brexit’ or Trump" is from the February 16, 2017 World section of The New York Times. It was written by James Kanter and narrated by Caroline Miller.