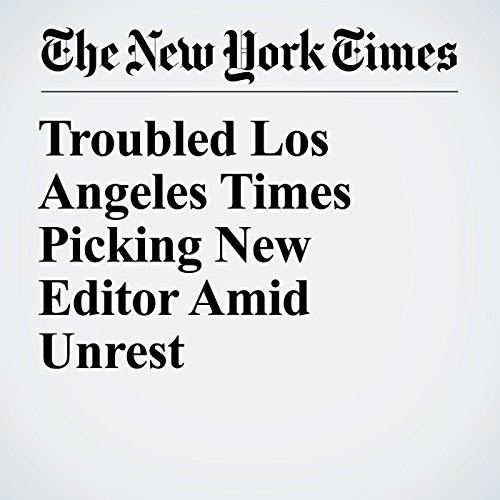 In an attempt to calm rising newsroom tensions at The Los Angeles Times, the paper was expected to name Jim Kirk, a veteran journalist and former editor and publisher of The Chicago Sun-Times, as its next editor-in-chief Monday, according to company officials.

"Troubled Los Angeles Times Picking New Editor Amid Unrest" is from the January 29, 2018 Business section of The New York Times. It was written by Sydney Ember and narrated by Keith Sellon-Wright.