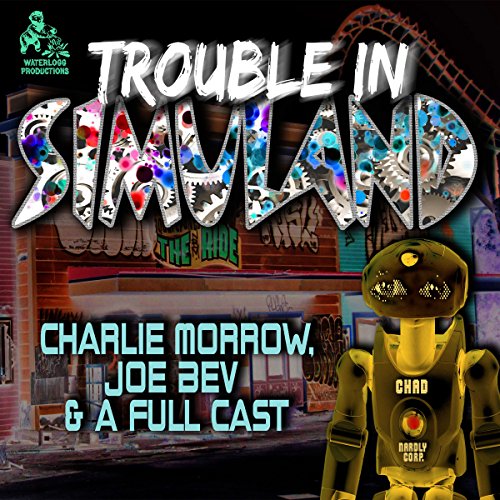 This comic futuristic nightmare finds Ned Nardly using his new theme park for his own evil purposes. Featuring a full cast, produced with sound effects and music by veteran award-winning radio theater producer Joe Bevilacqua, and written and directed by Charlie Morrow, this radio play originally aired as part of WBAI Radio's 99.5% Perfect Players. It has since aired on NPR, Sirius-XM Radio, and other radio stations and podcasts worldwide. A bonus segment includes episode one of Joe Bev's Willoughby and the Professor.

Joe Bevilacqua has been producing radio since 1971, when he was 12 years old. In 2012 he signed an exclusive distribution deal with Blackstone Audio for his more than 40 years of audio work. He is releasing hundreds of hours of audio documentaries, comedies, dramas, autobiographies, and more. Not content to hide behind his microphone, Bevilacqua will be seen acting in the upcoming feature films The Green Blade Rises directed A. J. Edwards, The Fly Room directed by Alexis Gambis, Cold in July directed by Jim Mickle, and Hits directed by David Cross.