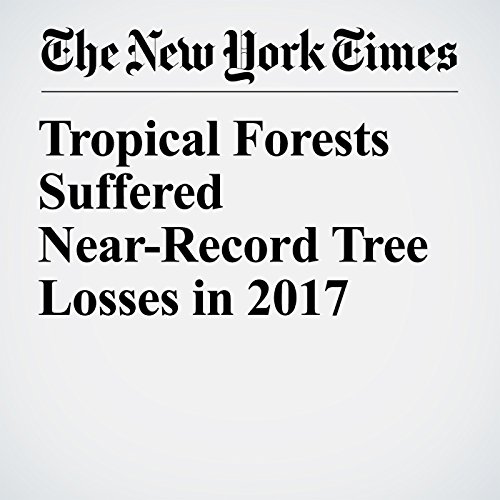 In Brazil, forest fires set by farmers and ranchers to clear land for agriculture raged out of control last year, wiping out more than 3 million acres of trees as a severe drought gripped the region. Those losses undermined Brazil’s recent efforts to protect its rainforests.

"Tropical Forests Suffered Near-Record Tree Losses in 2017" is from the June 27, 2018 World section of The New York Times. It was written by Brad Plumer and narrated by Keith Sellon-Wright.