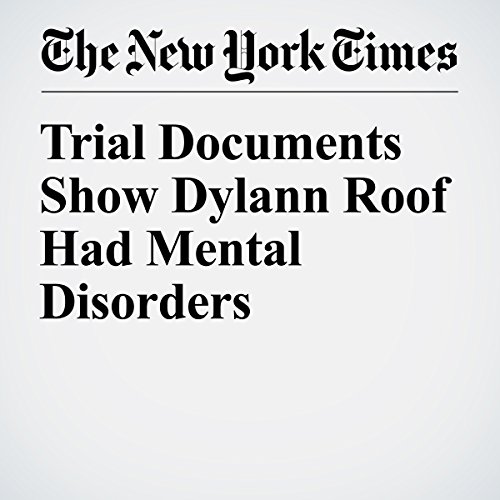 Acting as his own lawyer, Dylann S. Roof, the young white supremacist convicted of killing nine African-American worshippers at a church in Charleston, South Carolina, stood before a federal jury last month and insisted that “there’s nothing wrong with me psychologically.”

"Trial Documents Show Dylann Roof Had Mental Disorders" is from the February 02, 2017 U.S. section of The New York Times. It was written by Kevin Sack and narrated by Kristi Burns.