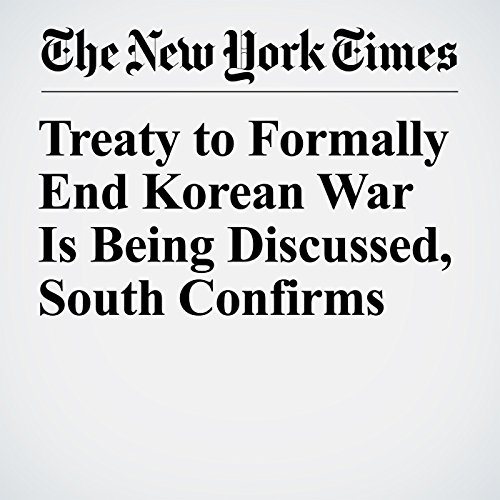 SEOUL, South Korea — South Korea confirmed Wednesday that it had been in talks with both American and North Korean officials about negotiating a peace treaty to formally end the Korean War after more than 60 years, as the United States and its ally try to establish a basis for persuading the North to give up its nuclear weapons.

"Treaty to Formally End Korean War Is Being Discussed, South Confirms" is from the April 18, 2018 World section of The New York Times. It was written by Choe Sang Hun and Jane Perlez and narrated by Kristi Burns.