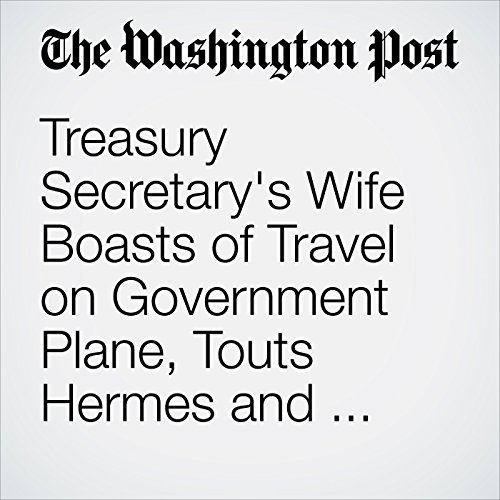 U.S. Treasury Secretary Steven Mnuchin’s wife, Louise Linton, boasted of flying on a government plane with her husband to Kentucky on Monday and then named the numerous fashion brands she wore on the trip in an unusual social media post that only became more bizarre minutes later.

"Treasury Secretary's Wife Boasts of Travel on Government Plane, Touts Hermes and Valentino Fashion" is from the August 21, 2017 Wonkblog section of The Washington Post. It was written by Damian Paletta and narrated by Sam Scholl.