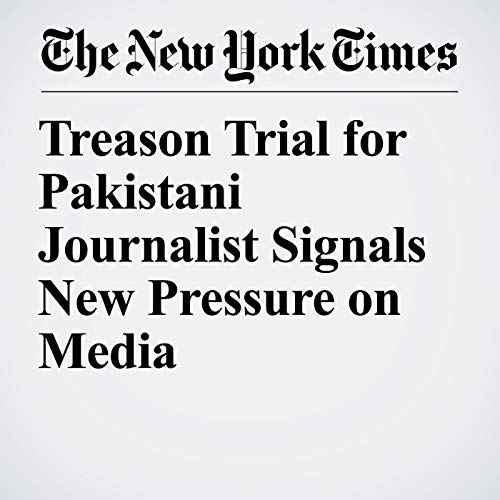 A prominent Pakistani journalist has been ordered to face a court hearing on accusations of treason next week, in a case the country’s press corps says is one of several recent attempts under the new government to intimidate the news media into silence.

"Treason Trial for Pakistani Journalist Signals New Pressure on Media" is from the October 05, 2018 World section of The New York Times. It was written by The New York Times and narrated by Barbara Benjamin-Creel.