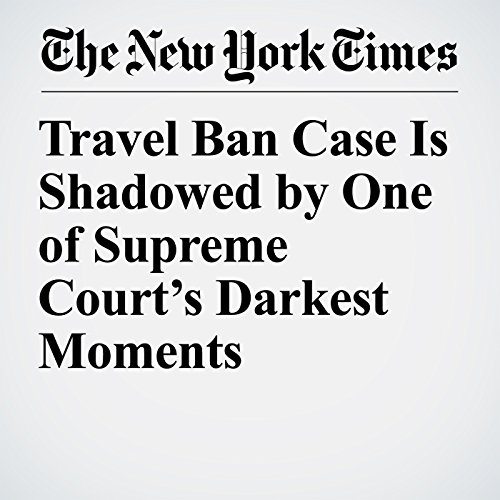 “I’m calling, very simply, for a shutdown of Muslims entering the United States,” Donald Trump said on Dec. 8, 2015. It was early in his presidential campaign, and he was saying that sort of thing all the time.

"Travel Ban Case Is Shadowed by One of Supreme Court’s Darkest Moments" is from the April 16, 2018 U.S. section of The New York Times. It was written by Adam Liptak and narrated by Keith Sellon-Wright.