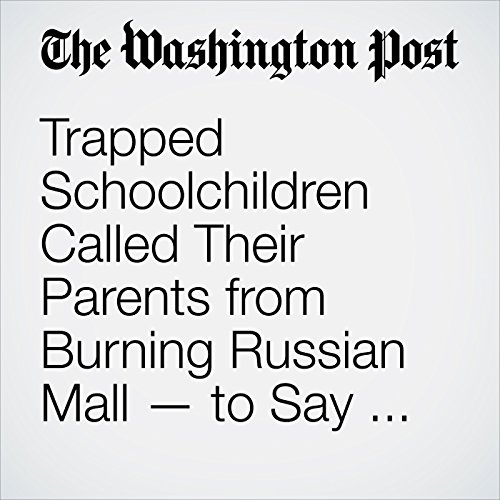 At least 64 people, many believed to be children, perished in the Siberian city of Kemerovo as an engulfing fire swept through a crowded shopping center where fire exits had been blocked, officials said Monday.

"Trapped Schoolchildren Called Their Parents from Burning Russian Mall — to Say Goodbye" is from the March 26, 2018 World section of The Washington Post. It was written by Matthew Bodner and narrated by Sam Scholl.