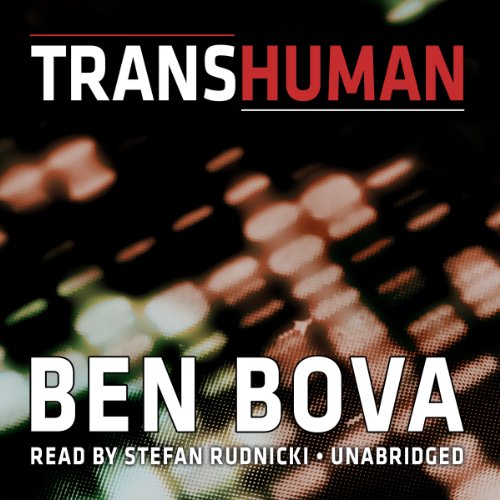 Luke Abramson, a brilliant cellular biologist who is battling lung cancer, has one joy in life: his 10-year-old granddaughter, Angela. When Angela is diagnosed with an inoperable brain tumor and given less than six months to live, Luke wants to try a new enzyme, Mortality Factor 4 (MORF4), that he believes will kill Angela's tumor.

However, the hospital bureaucracy won't let him do it because MORF4 has not yet been approved by the FDA. Knowing Angela will die before he can get the treatment approved, Luke abducts her from the hospital with plans to take her to a private research laboratory in Oregon.

But Luke is too old and worn down to flee across the country with his sick granddaughter, especially with the FBI on their trail. So he injects himself with a genetic factor that stimulates his body's production of telomerase, an enzyme that has successfully reversed aging in animal tests.

As the chase weaves across the country from one research facility to another, Luke begins to grow physically younger, stronger. He looks and feels the way he did 30 or 40 years ago. Yet his lung cancer is not abating; if anything the tumors are growing faster.

And Angela is dying.

Swing and a miss

I love many of Bova's books, but in this novel Bova commited the worst sin in literature: He Bored the reader.
*Bland characters that were not well fleshed out.
*Repetitive dialogue
*poor pacing
*A plot that read like a flat coke.
This book reads like a very early rough draft, its almost as if Bova started writing an outline but became disinterested and only published because, well I dont know what could have possibly went through his mind to think this was a good idea.
it almost feels like he is just tired of writing, which is sad because he wrote several of my favourite science fiction novels.
I really hope he finds his spark again.

I really liked just about every aspect of the story including the main character's view on the economics of his discovery. I really wished the underlying technology for life extension were based on SENS research or pretty much anything except the obviously incorrect views about telameres and aging. It's an outdated and scientifically false assumption that telameres have anything to do with the aging process. Aging is the consequence of the damage caused by metabolic processes. Besides that one issue, this story is great and I really loved the main character's renegade attitude.

It's easy to bond with these characters and some might think the premise far fetched. But I've written a lot about health care and it would be short-sighted not to believe that money rules the world.

Ehhhhhh, wellll...if you like angst. Not for me. The main character was a boring personality in a field that I expected to be exciting. Expectations not met.

My first Ben Bova, and probably my last.

I really wanted to check out Ben Bova because he was the editor and mentor of my favourite writer, Spider Robinson. This book was on offer, and is read by Stefan Rudnicki, whose voice I *love*, so I snapped it up.

I don't know if I was more surprised or disappointed. Mostly, I am confused. The story is simple enough, but I can't understand how it's supposed to function as a work of fiction. None of the characters are likeable; some are too unpleasant to be relatable, and the rest are so superficially described that it's impossible to get into them. Most of the characters seem caricatures - there's the Evil Big Pharma Magnate, the Violent Security Expert, the Bumbling Deep-Government Worker, the Inscrutable Native American... The women in particular feel paper-thin. The fact that all the female scientists fall in love or lust with the narrator, even though he's older, in poor health, and has no redeeming personal qualities, smacked of sexism to me, but I don't know enough about the writer to be sure.

The character at the centre of the story, a young child whose life is at risk, is described so weakly that I found myself fairly indifferent to her survival. In fact, the protagonist's prostate gets more attention. No, I'm not joking.

The one narrative ploy I found interesting was that different characters describe the same people and situations, so you get an idea of their mentality. This was offset by, well, everything else. All in all, not a book I'll ever listen to again.

I love sci fi, suspense, thrillers, historical novels, pretty much anything that is decently written. Tastes vary, my taste is eclectic. This book is....mundane and could not even be considered light holiday reading. Sorry but it is my honest opinion.

Great idea but not what was expected

I am disappointed that I spent money on this. The story is weak.
The idea of trans human is super.