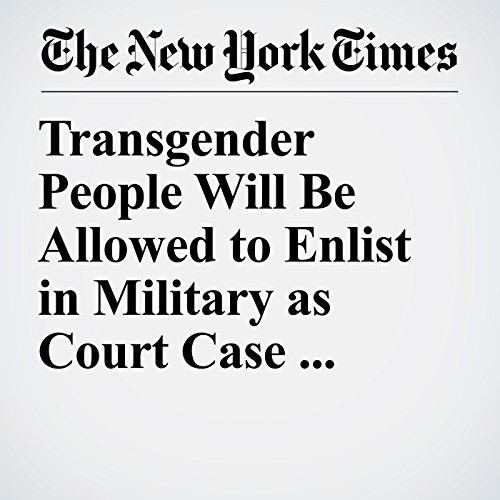 "Transgender People Will Be Allowed to Enlist in Military as Court Case Advances" is from the December 11, 2017 Politics section of The New York Times. It was written by Helene Cooper and narrated by Kristi Burns.