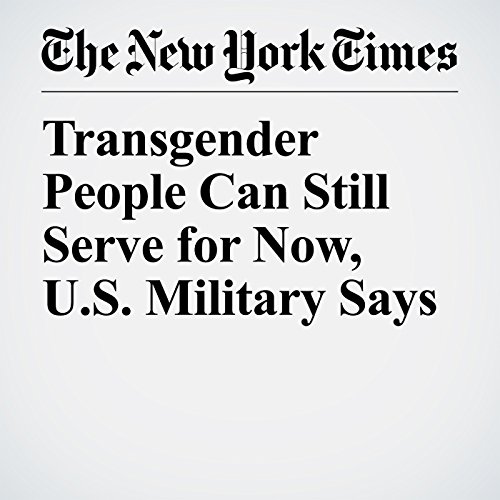 The military’s policy permitting transgender individuals to serve remains in place, the country’s highest military officer said on Thursday, clarifying some of the confusion surrounding President Donald Trump’s announcement on Twitter that transgender people would no longer be accepted or allowed in the military.

"Transgender People Can Still Serve for Now, U.S. Military Says" is from the July 27, 2017 U.S. section of The New York Times. It was written by Helene Cooper and narrated by Keith Sellon-Wright.