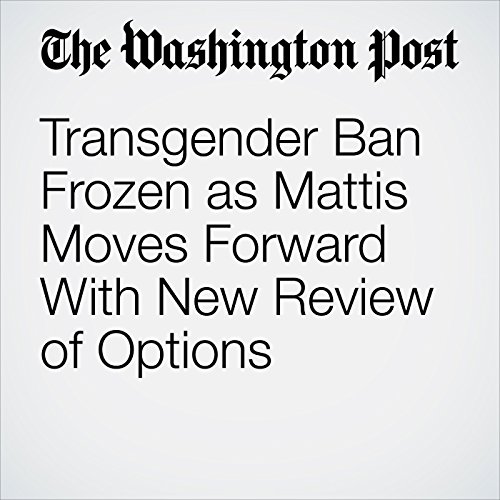 Defense Secretary Jim Mattis announced Tuesday that he is freezing the implementation of President Trump’s ban on transgender people serving in the military, saying that he will first establish a panel of experts to provide advice and recommendations on how to carry out Trump’s directive.

"Transgender Ban Frozen as Mattis Moves Forward With New Review of Options" is from the August 29, 2017 Checkpoint section of The Washington Post. It was written by Dan Lamothe and narrated by Sam Scholl.