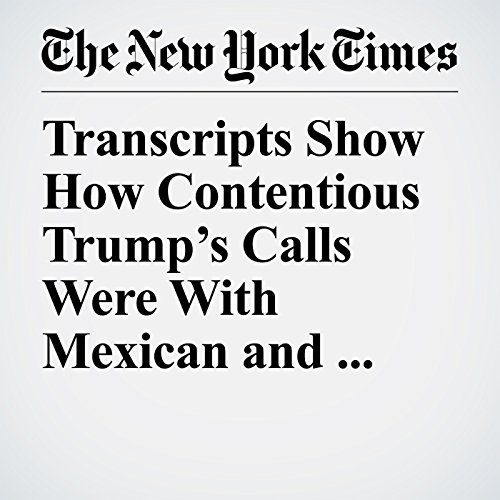 President Donald Trump engaged in contentious telephone calls with the leaders of Mexico and Australia in his early days in office, pressing them to make concessions to satisfy his own domestic political needs in exchanges that turned so sharp that he said talking to President Vladimir Putin of Russia was more pleasant.

"Transcripts Show How Contentious Trump’s Calls Were With Mexican and Australian Leaders" is from the August 03, 2017 U.S. section of The New York Times. It was written by Peter Baker and narrated by Keith Sellon-Wright.