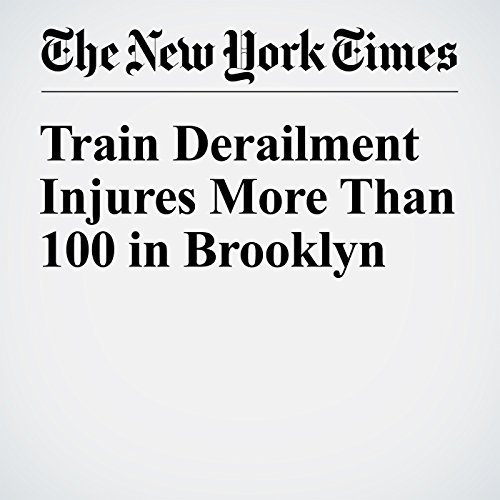 A Long Island Rail Road train crashed at a major transportation hub in Brooklyn during the morning rush Wednesday, injuring over 100 people and disrupting the commute for thousands, authorities said.

"Train Derailment Injures More Than 100 in Brooklyn" is from the January 04, 2017 U.S. section of The New York Times. It was written by Eli Rosenberg and Vivian Yee and narrated by Fleet Cooper.