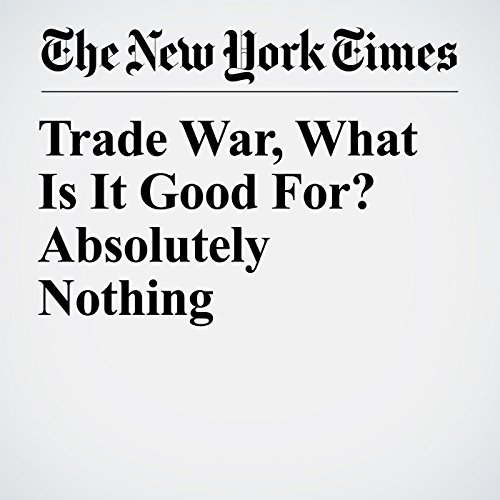 We’ve known all along that Donald Trump is belligerently ignorant about economics (and many other things). But up to this point that hasn’t mattered much. He took office amid a sustained recovery that began under his predecessor, and that recovery had already lifted the U.S. economy to the point where “normal” policy rules apply: interest rates are above zero, monetary policy is effective again, so short-term economic management is in the fairly reliable hands of the Federal Reserve, not the chaotic Trump White House. What the president didn’t know couldn’t hurt us.

"Trade War, What Is It Good For? Absolutely Nothing" is from the March 05, 2018 Opinion section of The New York Times. It was written by Paul Krugman and narrated by Keith Sellon-Wright.