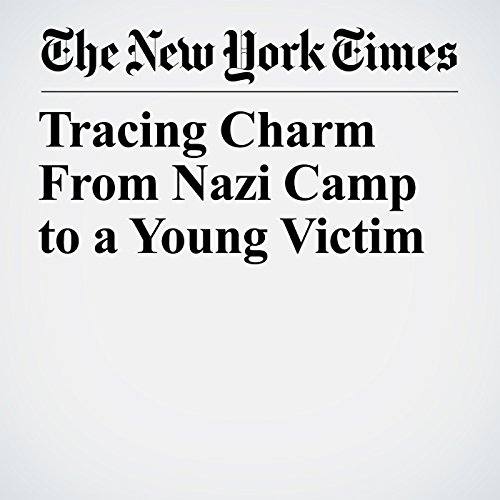 Sometime in September 1943, Karoline Cohn undressed and waited for her hair to be shaved at a hut at Sobibor, the Nazi extermination camp, in eastern Poland.

Then, as Karoline, 14, walked the final steps to the gas chambers, most likely unaware that she was about to be killed, she dropped a pendant engraved with the words “good luck” in Hebrew through the wooden floorboards.

"Tracing Charm From Nazi Camp to a Young Victim" is from the January 17, 2017 World section of The New York Times. It was written by Dan Bilefsky and narrated by Caroline Miller.