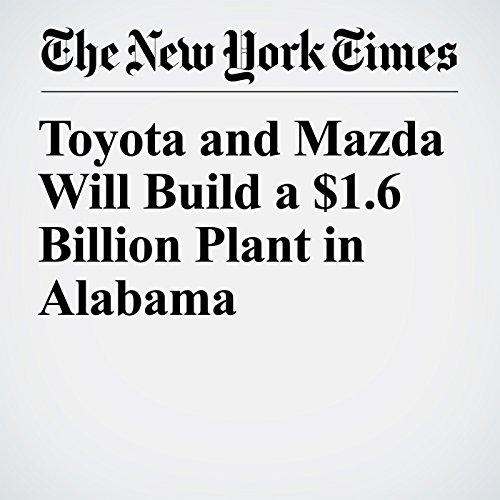 Five months after announcing that they would reward some U.S. city with a $1.6 billion car plant and 4,000 jobs, Toyota Motor and Mazda Motor said Wednesday that they had a winner: Huntsville, Alabama.

"Toyota and Mazda Will Build a $1.6 Billion Plant in Alabama" is from the January 10, 2018 Business section of The New York Times. It was written by Neal E. Boudette and narrated by Kristi Burns.