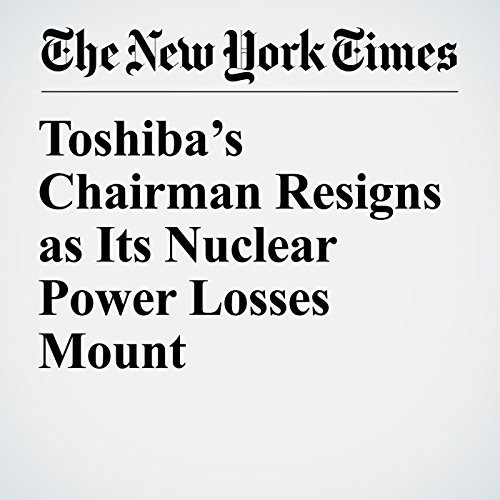 Toshiba, the embattled technology conglomerate, said it planned to write off more than $6 billion and withdraw from the business of building nuclear power plants as the impact of a disastrous bet on U.S. nuclear energy continued to rock a mainstay of corporate Japan.

"Toshiba’s Chairman Resigns as Its Nuclear Power Losses Mount" is from the February 14, 2017 Business section of The New York Times. It was written by Jonathan Soble and narrated by Keith Sellon-Wright.