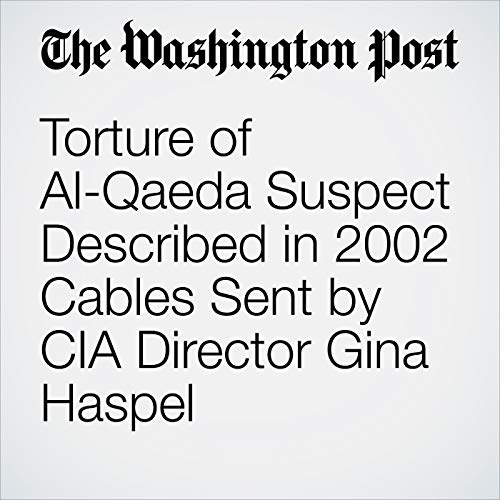 The torture of a suspected al-Qaeda terrorist, including waterboarding, is described in meticulous detail in newly-declassified cables that CIA Director Gina Haspel sent to agency headquarters in late 2002, when she headed a secret U.S. detention facility in Thailand.

"Torture of Al-Qaeda Suspect Described in 2002 Cables Sent by CIA Director Gina Haspel" is from the August 10, 2018 National section of The Washington Post. It was written by Karen DeYoung and narrated by Jenny Hoops.