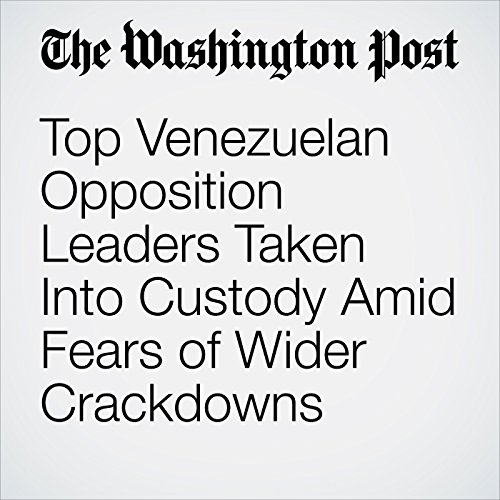 "Top Venezuelan Opposition Leaders Taken Into Custody Amid Fears of Wider Crackdowns" is from the August 01, 2017 The Americas section of The Washington Post. It was written by Anthony Faiola and narrated by Sam Scholl.