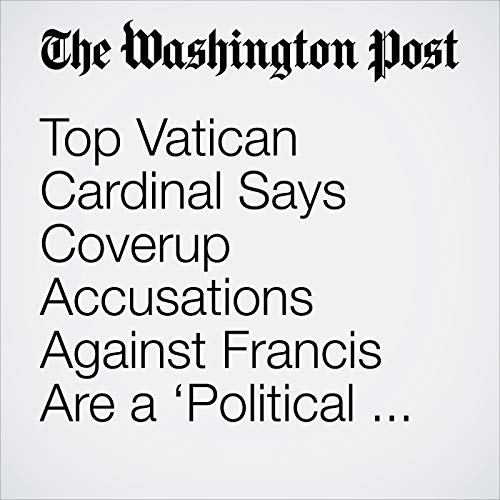 ROME — In a combative letter, a highly placed cardinal on Sunday mounted the Vatican’s first direct response to accusations that Pope Francis knew about and covered up the alleged sexual misconduct of a U.S. prelate, describing those claims as a “political plot that lacks any real basis.”

"Top Vatican Cardinal Says Coverup Accusations Against Francis Are a ‘Political Plot’" is from the October 07, 2018 World section of The Washington Post. It was written by Chico Harlan and narrated by Sam Scholl.