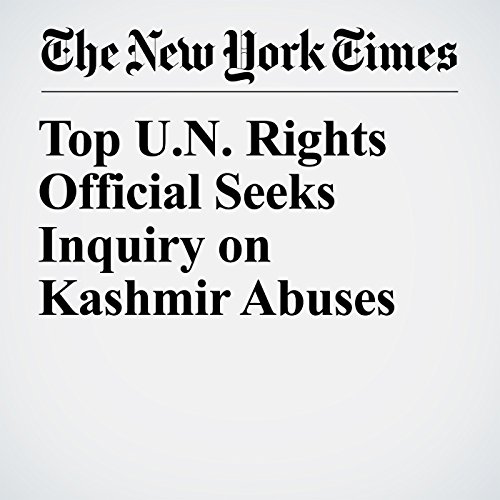 GENEVA — The United Nations human rights office on Thursday called for an international investigation into abuses by India and Pakistan in the disputed region of Kashmir, criticizing the Indian security forces in particular for inflicting mass civilian casualties in response to escalating protests there.