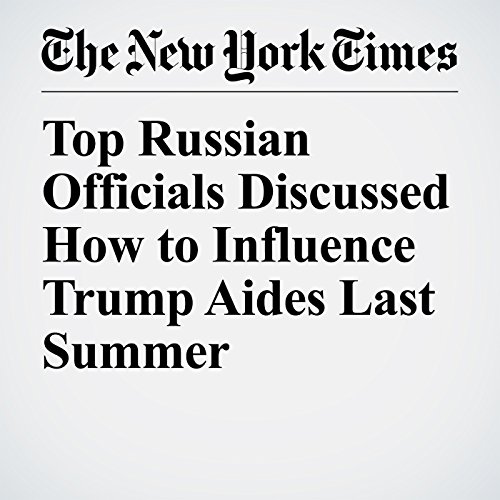 U.S. spies collected information last summer revealing that senior Russian intelligence and political officials were discussing how to exert influence over Donald Trump through his advisers, according to three current and former U.S. officials familiar with the intelligence.

"Top Russian Officials Discussed How to Influence Trump Aides Last Summer" is from the May 24, 2017 U.S. section of The New York Times. It was written by Matthew Rosenberg, Adam Goldman and Matt Apuzzo and narrated by Keith Sellon-Wright.