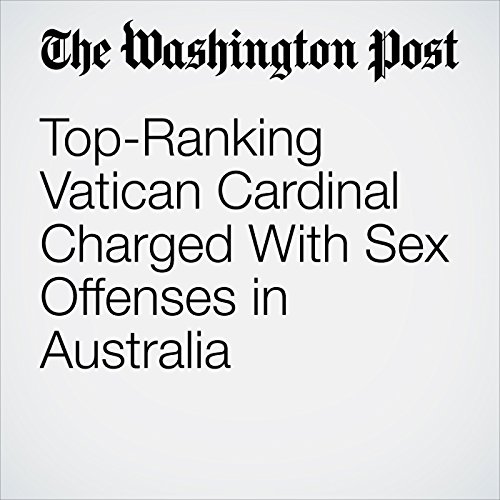 A cardinal in charge of the Vatican’s finances has been charged with multiple sexual offenses by Australian police, in one of the most significant indictments against a top-ranking leader of the Catholic Church.

"Top-Ranking Vatican Cardinal Charged With Sex Offenses in Australia" is from the June 28, 2017 World section of The Washington Post. It was written by Julie Zauzmer and narrated by Caroline Miller.