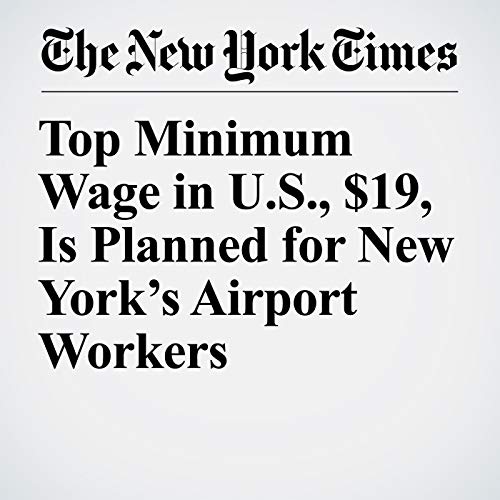 As many as 40,000 workers at the three big airports that serve New York City are on a path to earning at least $19 an hour, the highest targeted minimum wage set by any public agency in the country and a major development in the battle over boosting income for those at the lower end of the pay scale.

"Top Minimum Wage in U.S., $19, Is Planned for New York’s Airport Workers" is from the September 27, 2018 U.S. section of The New York Times. It was written by Patrick Mcgeehan and narrated by Keith Sellon-Wright.