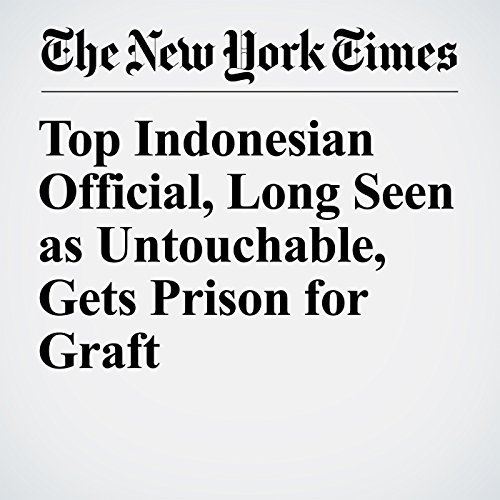 JAKARTA, Indonesia — Indonesia’s top anti-corruption court on Tuesday sentenced a former speaker of the country’s Parliament to 15 years in prison for embezzlement, one of the most high-profile convictions in the graft-plagued nation’s history.

"Top Indonesian Official, Long Seen as Untouchable, Gets Prison for Graft" is from the April 24, 2018 World section of The New York Times. It was written by Joe Cochrane and narrated by Keith Sellon-Wright.