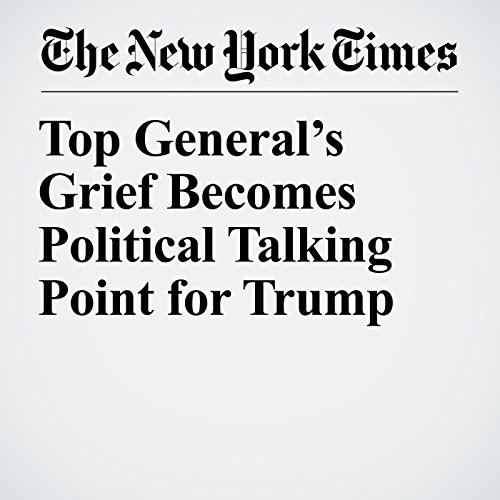 Four days after his son died in Afghanistan, John F. Kelly, then a Marine Corps general, eulogized two Marines killed by a truck bomb in Iraq. He made only a fleeting, oblique reference to his son 2nd Lt. Robert Kelly as he paid tribute to the two other fallen service members who held their ground for six seconds as a truck bore down on them.

"Top General’s Grief Becomes Political Talking Point for Trump" is from the October 17, 2017 U.S. section of The New York Times. It was written by Mark Landler and narrated by Keith Sellon-Wright.