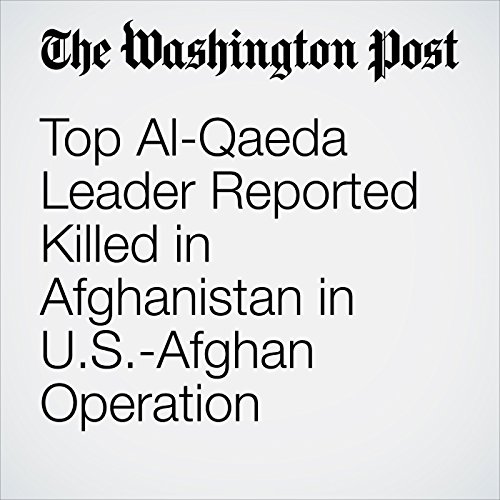 Afghanistan’s intelligence agency and the U.S. military announced Tuesday that a series of joint U.S.-Afghan operations killed a top leader of the extremist al-Qaeda network along with a number of other members.

"Top Al-Qaeda Leader Reported Killed in Afghanistan in U.S.-Afghan Operation" is from the December 05, 2017 World section of The Washington Post. It was written by Sayed Salahuddin and Dan Lamothe and narrated by Sam Scholl.