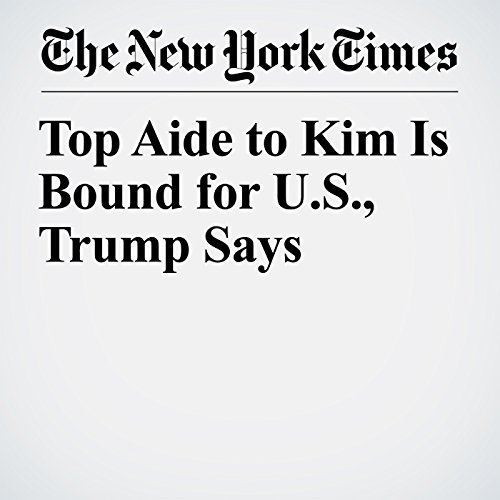 Top Aide to Kim Is Bound for U.S., Trump Says

The top nuclear weapons negotiator for North Korean leader Kim Jong Un was headed for New York on Tuesday and expected to meet with Secretary of State Mike Pompeo as officials race to settle on an agenda for a June 12 summit meeting between Kim and President Donald Trump in Singapore.

"Top Aide to Kim Is Bound for U.S., Trump Says" is from the May 29, 2018 World section of The New York Times. It was written by Jane Perlez and Choe Sang Hun and narrated by Kristi Burns.