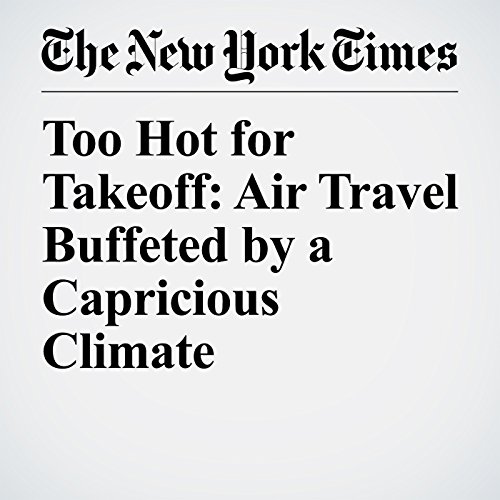 In recent days, American Airlines has been forced to cancel more than 40 flights in Phoenix. The reason: With daytime highs hovering around 120 degrees, it was simply too hot for some smaller jets to take off. Hotter air is thinner air, which makes it more difficult — and sometimes impossible — for planes to generate enough lift.

"Too Hot for Takeoff: Air Travel Buffeted by a Capricious Climate" is from the June 20, 2017 Business section of The New York Times. It was written by Zach Wichter and narrated by Kristi Burns.