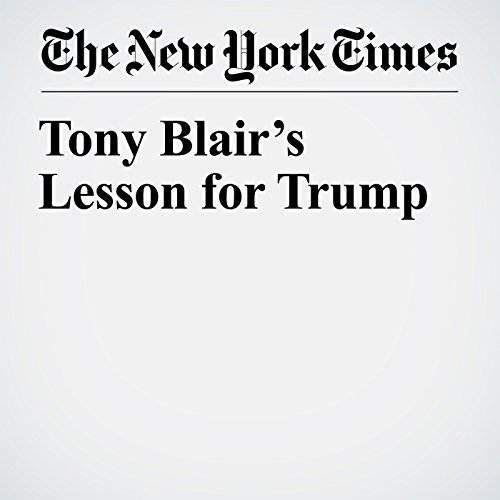 It was a passionate appeal to his country to reject its version of Trumpism. Blair said the U.K. must reconsider Brexit, the narrowly won 2016 vote to withdraw from the European Union.

"Tony Blair’s Lesson for Trump" is from the March 01, 2017 Opinion section of The New York Times. It was written by Thomas L. Friedman and narrated by Kristi Burns.