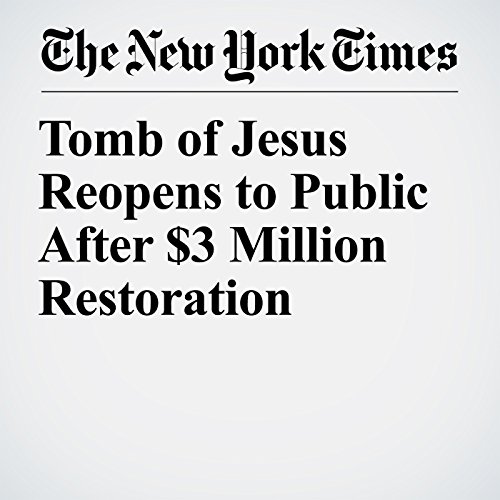 Thousands of Christian pilgrims and members of the clergy gathered at a modest shrine in Jerusalem’s Old City on Wednesday to celebrate the completion of a months long effort, hundreds of years in the making: the restoration and repair of Jesus’ tomb.

"Tomb of Jesus Reopens to Public After $3 Million Restoration" is from the March 22, 2017 World section of The New York Times. It was written by Russell Goldman and narrated by Fleet Cooper.