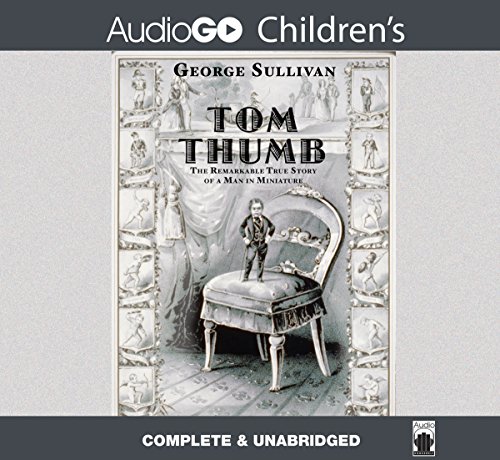 When Charles S. Stratton was born in 1838, he seemed perfect in every way. But then he stopped growing. At age four, though a happy and mischievous child, he was just over two feet tall and weighed 15 pounds - the exact size he had been as a seven-month-old baby. It was then that P. T. Barnum persuaded Charley’s family to allow him to exhibit their son in his museum and tour him around the world as a curiosity. Tom Thumb, as Barnum dubbed him, was a natural performer. He became enormously popular and wealthy, more so than any other performer before him, in large part due to the marketing genius of Barnum.

In this spirited biography - the first on its subject - George Sullivan recounts the fascinating adventures of the real Tom Thumb, and also raises challenging questions about what constitutes exploitation - both in the 19th century and today.