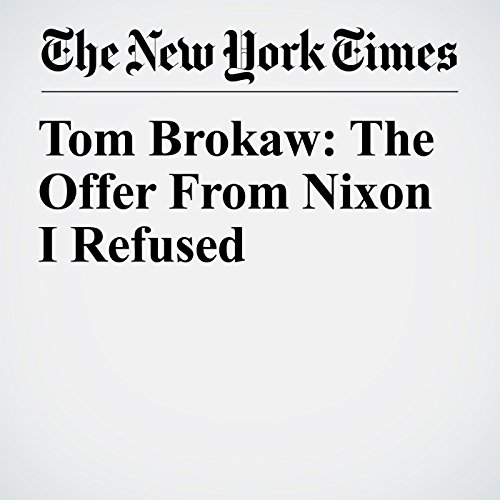 White House press secretary to Richard Nixon? I had been raised in a family of Franklin Roosevelt and Harry Truman Democrats. My parents were skeptical about John F. Kennedy, but my wife and I were generational enthusiasts.

"Tom Brokaw: The Offer From Nixon I Refused" is from the February 17, 2017 Opinion section of The New York Times. It was written by Tom Brokaw and narrated by Paul Ryden.