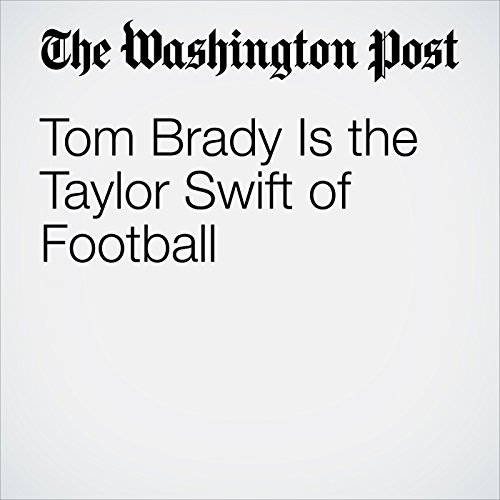 The trailer for the new documentary series “Tom vs Time” features Tom Brady throwing touchdowns, but also cuddling with his adorable kids. Brady with his dog. Brady signing autographs for fans. Brady working out with his supermodel wife, Gisele Bündchen, who declared, “I don’t think I’ve ever met anyone that loves to do something as much as he loves football.”

"Tom Brady Is the Taylor Swift of Football" is from the February 02, 2018 Entertainment section of The Washington Post. It was written by Emily Yahr and narrated by Jenny Hoops.