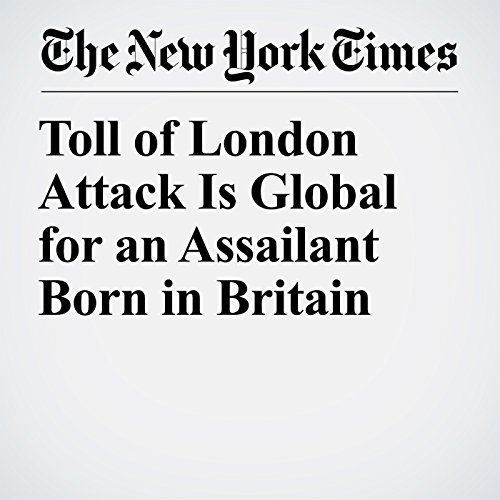 The killer turned out to be homegrown, a 52-year-old Briton, Khalid Masood, who had a criminal record but was not on any police-monitoring lists. The Islamic State, which rejects peace and coexistence, described Masood on Thursday as a disciple and hero for the assault carried out a day earlier in the shadow of Big Ben.

"Toll of London Attack Is Global for an Assailant Born in Britain" is from the March 24, 2017 World section of The New York Times. It was written by Dan Bilefsky, Kimiko De Freytas Tamura, Hannah Olivennes and Ceylan Yeginsu and narrated by Caroline Miller.